Fashion Brands Disconnect- What Goes Around Comes Around

As the Screen Actors Guild celebrates its 25th year of honoring and awarding film and television performances, those on the silver carpet of the event came to show up and show out for the special occasion. The range of different dresses, jumpsuits, and tuxedos strutted across the red carpet this year caught the eyes of all that saw providing a prominent platform for designers to display their work. As usual, at highly recognized events, such as the SAG Awards, the designers brought their A-game with their clothing designs this award show season.

Double nominee Lady Gaga graced the silver carpet with her white Dio Haute Couture dress with a plunging neckline and high thigh slit. The dress was sexy, yet tasteful in nature. To finish the look off, the dark burgundy coordination of her lipstick and nails provided a mature contrast to the light-colored dress with a slight gothic tone to bring it all together. While many other actors walked the carpet in their light creme and white-colored clothing, others had a darker idea of things. 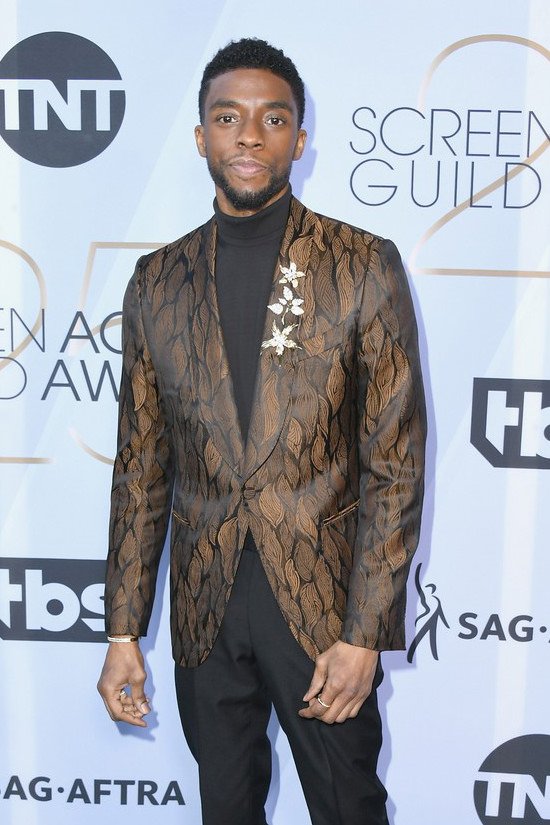 The clothes began to follow another theme as they walked the carpet, pastels. Several of the dresses walking onto the silver carpet held light pastel colors, specifically pink. Previous RuPaul’s Drag Race contestant Shangela’s gown designer topped the theme with its gradient change from a light pink strapless top to a fuchsia train. The ruffled skirt of the dress almost gave the illusion to that it was made of flowers when seen from a certain angle. The bouffant dress made Shangela the bell of the ball on the silver carpet complementing the dresses of other actresses whose designers used pastel colors as well.

While some designers followed the three different color schemes, others branched out for their actors and actresses to create a more unique clothing style that would set them apart from the crowd. Fernando Garcia of Oscar de La Renta went all out for ‘Crazy Rich Asians’ actress Gemma Chan. On the silver carpet, Chan effortlessly walked in the baby pink asymmetrical dress in what her stylist, Rebecca Corbin-Murray, said Garcia described the dress ruffles being, “petal pleated plumes.” The precisely constructed gown took Garcia over 100 hours to create, but the finished product was worth the time for the stunning effect it had.

As the 91st Academy Awards show approaches in February, it is with much anticipation to see the different styles, concepts, and themes that are to be foreseen at the red carpet event.