“Power of Fashion is the place for young talents, emerging designers and those who want to show their collection in a show that will embrace innovation and respects Fashion.” 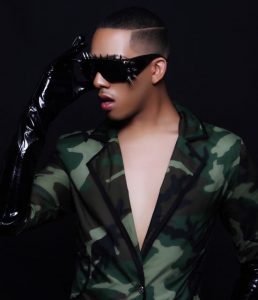 International Hall of Fame Celebrity Designer & Stylist Scheron Harley has experience in all aspects of fashion, specializing in red carpet, campaign, editorial, and costume design.  The former model turned designer, Scheron started his own clothing brand, “Haus of Falenci’ago” at the age of 17 before graduating high school.  With over 10 years of experience in the industry today, his self-taught training and attention to detail have quickly made him a household name.  Scheron has dressed some of the industry’s top music legends and influential names in pop culture.  With clients such as Toni Braxton, Chaka Khan, Anita Baker, Ginuwine, En Vogue, Jill Scott, New Edition, Kim Fields, Dru Hill, just to name a few.  Scheron has dressed celebrities for the Grammys, Emmys, International World Tours, Reality TV shows such as Real Housewives of ATL/Potomac & Love and Hip Hop ATL/NY, National TV Awards and many other high profile events.  His creative eye has granted him opportunities to style top editorials and campaigns for companies such as Herbal Essence and L’Oréal Paris.  Scheron has received recognition within the industry with his clients obtaining best-dressed accolades, in Essence, Vogue.com, Cosmopolitan, Elle, Rolling Out, and an array of weekly reads. 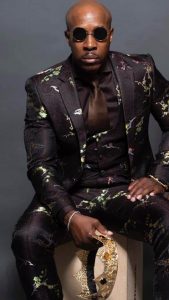 Kenny “KAS” Flanagan is a native of Washington, DC/Harlem, New York.  He is the CEO and Principal Designer of  KAS Collection LLC. which is an established men’s and women’s high-end fashion clothing and apparel design company.  Much of his vision was inspired by the styles of the matriarchs of his family, most importantly by his mother.  During his teen years, he immersed himself in sketching and designing; and soon became a young entrepreneur.  In 2006, Kenny “KAS” Flanagan lived in London, England and Milan, Italy where he studied under the late, world-renowned designer, Yves Saint Laurent. From there he explored Tokyo, and other parts of Japan, Indonesia, and Seoul in Korea to learn more about textiles and manufacturing.  He also ghost-design for several major fashion houses such as YSL, Gucci, Escada, Max Azria Atelier, Burberry and other fashion houses throughout the world.  While working with YSL, Flanagan showcased one of his lines and acquired the distinction of first African American male couture designer in Saks Fifth Avenue.

With Flanagan’s signature lines such as KAS Couture, KennyKAS Wear, and (W.E.T) With Exceptional Taste Urban Line, Flanagan has earned the reputation of delivering some of the industry’s most exquisite and well-crafted clothing while continuing to demonstrate his limitless vision for exquisite style.  Today, he is revered as a walking billboard for everything fashion and has become one of the most sought after couture designers and stylist in the industry. 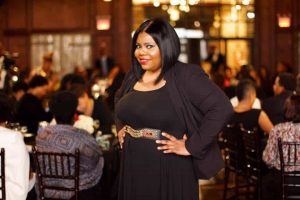 Gamakache Black was a lifelong dream that came alive in 2000 by Founder & CEO, Margaret Persaud.  Plans or her company was set aside due to the disappointment of trying to connect with a great partner to help with building her business.

In 2007, her passion came alive after the death of my brother, Germaine Persaud. She created T-shirts and clothing in his memories. Persaud just wanted him to see she made her childhood dream happen. In 2010, she found a business partner, William Reid.  Her partner seems to have all the qualities Persaud was seeking to drive her business. Gamakache Black is a new era of Black Clothing for every occasion to fulfill all Black Clothing needed for men and woman.

The Power of Fashion event will be held on September 21, 2019, at the historic Perry Belmont House, 1618 New Hampshire Ave., NW Washington, DC 20009.  It is a wedge-shaped Beaux-Arts mansion; a pre-WWI aristocratic palace once a favorite gathering place for Washington’s elite and served as a ‘guest house’ for foreign dignitaries. This venue is the architectural space that fits the vision and theme of the show, “Power of Fashion”.

Visit “Power of Fashion” for more information about the runway fashion show.