Vic Gerami is a journalist, media contributor and the Editor… 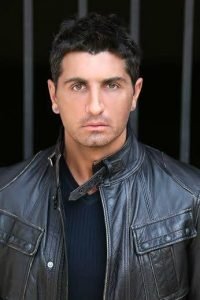 Modesty aside, how would you describe yourself?
I am a journalist, a columnist, and an entertainer reporter. I was raised and live in Los Angeles and love everything about it, but the traffic.

What is an interesting fact about you?
In 2015, I was noted in the landmark Supreme Court lawsuit, Obergefell v. Hodges, in which the Court held in a 5–4 decision that the fundamental right to marry is guaranteed to same-sex couples by both the Due Process Clause and the Equal Protection Clause of the Fourteenth Amendment to the United States Constitution. I also read, write and speak four languages.

What made you start your column, 10 QUESTIONS with VIC?
I started my column because I wanted to interview my favorite celebrities from a fan’s perspective and ask questions that most journalists wouldn’t ask. Growing up, I was fascinated with Hollywood, filmmaking, and celebrities. Hollywood and entertainment are big parts of Americana and American mythology. We may not have the Parthenon, the Coliseum or the Eifel Tower, but Hollywood entertains the world and contributes immensely to the global culture. Cinema was the greatest art form of the 20th century and we are in the middle of it. As an ever-evolving spiritual being, I am always paying attention and interested to know how others live, cope with life’s challenges and overcome them. So I am often attracted to celebs that overcome obstacles and rise above challenging periods in their lives.

What is your process of preparing questions to ask in your interview?
I always ask all celebrities my first and last questions, which are: “Modesty aside, how do you describe yourself?” and “Tell me a secret-a good one.” I prepare fifteen (15) questions, designed in three parts. The first set acknowledges the talent’s accomplishments, lifts them up and asks them to elaborate on their successes. The second part is more casual and focuses on the celebs’ time off camera and trivial things that fans are interested in knowing. The third set is designed to allow the subject to discuss their upcoming project(s), favorite causes and charities, as well as high-profile people they admire. After transcribing and editing the interview, I cut five of them and publish ten. I try not to cut their favorite causes/charities and upcoming projects.

What does your average day look like?
I don’t really have average days as I juggle different things every day. After coffee, but before turning on my phone or open my e-mail, my routine is to check social media first. I make sure to answer all messages, address tags and monitor all activities. Then I open my e-mail and start going through them from the bottom up. I get over three-hundred e-mails a day and make sure that all are read and responded when appropriate. Finally, I turn on my phone and reply to texts and messages. I do these in sequence in order not to get overwhelmed with correspondence. It takes a lot of time, energy and follow-up to do a weekly celebrity interview. Generally, I contact a celeb’s publicist requesting an interview. It might take weeks to arrange a time to do, details, etc… often times, I have to transcribe a phone interview which takes a lot of time. Most celebs have to do phone interviews are they are on location. I spend a few hours a day editing and writing, chasing publicists for photos and photo credit. I write for over ten publications as a contributor, so I usually have several ongoing projects. I am a vegetarian and try to go to the gym about five times a week. I attend a lot of industry events such as film premieres, screenings, galas, awards, and press events; so my nighttime schedule is usually busy.

Who is the most memorable celebrity you have met?
Cher is by far my most memorable superstar experience. Immediately after meeting her, she introduced me to her girlfriends and started talking to me as if I was part of the group.

What is your favorite charity or cause?
I do volunteer work with a great suicide awareness &amp; prevention charity called, You Matter-Not Alone. I also volunteer with a few non-profit LGBT organizations, including Gay Men’s Chorus of Los Angeles and Equality Armenia.

An Honest Look at Online Dating

Which living person(s) do you most admire?
President Barack Obama, Noam Chomsky, Desmund Tutu, Oprah Winfrey, Marianne Williamson and anyone who overcomes great obstacles and creates positive change in the world.

Tell me a secret-a good one!
I am a clean-freak and travel with bottles of rubbing alcohol everywhere I go. Oh, and I have a thing for redheads.

How can people get in touch with you?

A Quick Chat With Bobby Flay

The Most Luxurious Garages in the World