Warren Carlyle is the founder of the largest Octopus Fanclub on Facebook. We were able to get in touch with him to find out more about his incredibly entertaining venture, OctoNation, and how it motivates the conservation of our 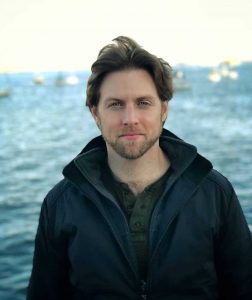 DC: Wow! Just checked out your Instagram, You’re almost at 200k followers— did you ever think your octopus fan club would turn into such a big account?

WC: I had an idea it would! When I started the account in late 2015, I committed to discovering even more about my favorite animal. As I would learn, I shared on Instagram in a way that was easy to understand & evoked curiosity.

The more and more I shared— the more people started saying “Why aren’t more people obsessed with how cool the octopus is!?” —which was exactly my question when I started the account! Now we have over 300,000 members and growing across all of our platforms! It’s amazing!

We are sent and tagged in hundreds of videos/photos a month by divers, enthusiasts, artists, researchers, you name it! We take the videos and use them as various teaching lessons. We also showcase talented artists inspired by the octopus.

DC: Who were you most surprised to find out was a fan of OctoNation / Octopus?

WC: One of my friends called me and said— did you know that THE black panther (Michael B Jordan) follows OctoNation? I didn’t! So I sent him a direct message and asked how he was loving the nation? 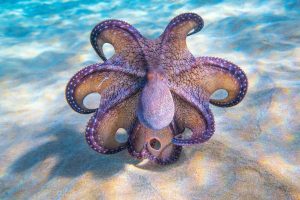 He replied, “ You guys are putting up dope stuff, I want to see extended clips— love all the facts and octopus gems you guys drop!”

He is active in the comments & asks questions, which is very fun to see!

DC: Tell us about the Nonprofit, what made you decide to turn the fan club into a 501(c)3 National nonprofit organization?

WC: The mission of OctoNation has always been to inspire conservation of the ocean by teaching the world about octopuses. After getting hundreds of comments from parents telling us that they watch OctoNation with their kids, I knew that we were more than just a fan club.

Our followers told us that by simply following our account on a daily basis that they were becoming more conscious about ocean conservation and waste.

We achieved this by inspiring people about the octopus, not by showing disempowering images of mass pollution or playing the blame game.

I decided that OctoNation would stay an organization that existed to inspire & remain positive and fun!

DC: What are you most excited about right now?

During OCTOber, we celebrate one of the most ancient creatures on this planet, the octopus! Over 300 million years ago, long before dinosaurs octopuses thrived in EVERY ocean & major sea & still do today!

This past year  I collaborated with artist for Lucas Films, Marvel, & Disney Brian Kesinger to do a giveaway of his popular Otto & Victoria series which showcases the unlikely duo of Victoria, an independent young lady, and Otto (Italian for ‘eight’), her live-in octopus who is a friend, butler and pet.

I also worked with the Quarto Group to release an epic new book called Octopus, Squid, & Cuttlefish, A Visual Scientific Guide— which our fans geeked out over!

This year we are working on creating a lesson plan to teach the diversity of the octopus species to kids (and adults!) We believe that octopuses with all their various environmental adaptations could be seen as superheroes with various  “superpowers”

Take for example the sand octopus… it can’t change colors to camouflage, so it blasts itself a foot into the sand, secretes mucus to reinforce its underground den, and then create a “chimney” like hole with their arms called a ventilation shaft! It’s something you have to SEE to believe!

By creating a lesson plan that’s easily accessible on world octopus day, we feel that showing engaging videos and having print out worksheets will allow everyone to join in on the fun!

DC: When did your fascination for Octopus begin?

WC: As a 6-year-old I remember being obsessed with the idea of aliens. I had alien/UFO posters, clothes, and hoped that one day they’d discover me! While in the library one day I came across a book about the deep sea and discovered the Octopus! Well with 3 hearts, blue blood, pupils that allowed them to see 360 degrees around themselves, and a beak-like a bird, I felt like octopuses were going to be the closest to aliens that I’d ever meet!

DC: Have you ever gotten to meet an octopus?

WC: Yes! It’s an absolutely life-changing experience. My first LIVE experience was with Sy Montgomery, author of the NYT bestselling book, The Soul Of An Octopus.

I met her namesake at the New England Aquarium. Imagine that! The Legendary Sy Montgomery with Sy the Giant Pacific Octopus. After numerous conversations about my vision for OctoNation- She dubbed me the “OctoKing!”

Giant Pacific octopuses have 2,240 suckers lining their arms and Sy was immediately curious about who I was. Most people think of the sucker as a suction cup, but it’s more than that, imagine your thumb and pointer finger touching. Octopuses can fold their suckers and grab hold of things. Completely harmless, I removed her from my arm and it sounded like bubble wrap popping. She changed colors as we interacted — it was MAGIC!

DC: Tell us about being featured by Facebook Headquarters!

WC: OctoNation was handpicked by facebook and flown out to their headquarters to attend the Facebook Communities summit. We were joined by some of the most inspiring leaders that were running communities that made a positive impact.

When I arrived in California for the summit I was surprised to learn that Ime Archibong, the VP of product partnerships, wanted to spotlight OctoNation in his Keynote! I loved that OctoNation went from a small fan club to an oceanic nonprofit largely due to the connections I was able to make over facebook/Instagram!

DC: How can people support OctoNation and the work you are doing?

WC: We’d love to have you join our facebook community at OctopusMagic.com or if you’re more active on Instagram we’re at Instagram.com/OctoNation

As World Octopus month has arrived we will be making many more announcements so stay tuned!