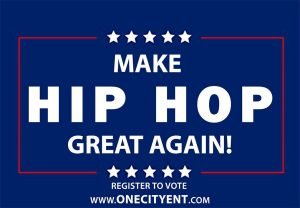 Throughout the month of February we are spotlighting local Black-owned businesses that are making a difference in the community. This particular entrepreneur is not only making an impact he is also working to expand a “safe-space” for DMV area musicians. Maikil Herndon is the Founder of One City Entertainment, and their mission is forging a sort of “community-within-a-community”. Maik and his One City team have been instrumental in supporting the areas independent artist community functions. They provide qualified talent showcases with photo and video coverage, and interviews. Furthermore, their digital platform provides artists access to competitions and opportunities to meet-up for collaborations.

One City’s slogan “Unify Or Die” is synonymous with many of the regions top-rated A&R syndicates. Maikil has been very careful to associate himself with people and brands that truly have the independent artists best interests in mind. You will see his crew setting up the backdrops, lights and cameras for interviews at all of the DMV’s best urban music functions. Maikel deserves his roses for his efforts to unify the DMV, with the slogan “Unify Or Die”. The DMV area will only be able to showcase our Hip-Hop and R&B talent on the world stage after we come together as one. With that message in mind we are honored to bring you a brief question & answer session with the Founder on One City Entertainment, Mr. Maikil Herndon.

Interview With Maikil Herndon Founder Of One City Entertainment

Maikil Herndon: My name is Maikil Herndon, also known as One City Maik, founder of One City Entertainment. I have been recording and editing videos since I was 16 in 2000. Coming right out of high school, I had a tv show in three states, a DVD magazine, and a small record label. Besides recording some of the world’s most extraordinary talents, I was an entrepreneur and a visionary.

DC Life: What made you want to start OneCity Entertainment?

Maikil Herndon: As I surrounded myself with the highest levels of success, including Jay Z, Young Jeezy, and several other artists and meeting famous entrepreneurs like Shark Tanks Daymond John, my goal was to bring this success to friends and independent artists. I realized in America, the plan for my community and culture is to be a rapper, a trapper, or an athlete. Needless to say, a trapper didn’t offer a secure future, and everyone wasn’t born to be an athlete. Being a rapper was something anybody can work on and provides a great future while maintaining their style and vernacular. People don’t have to conform to society’s usual “standards.”

DC Life: What is the Mission of OneCity?

Maikil Herndon: One City Ents mission is to be the number one source of discovering talent worldwide.

DC Life: What does the platform offer to recording artists and producers?

Maikil Herndon: One City connects creatives, consumers, and corporations through artistic competitions. One City gives independent artists a new way to get discovered and gain resources. Influencers get great publicity, and producers connect with customers.

DC Life: What makes OneCity different from your competitors? 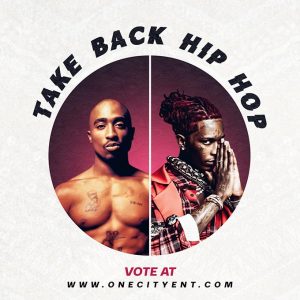 Maikil Herndon: One City is a social enterprise with a double bottom line, and is designed to be a three-sided market place. There are benefits for businesses, creatives, and the people. We are using our platform not only to get creatives discovered but to give people perspectives about major social issues and start a discussion.

DC Life: How can someone get involved?

DC Life: Do you have any announcements for 2021?

Maikil Herndon: Our platform will be coming out on iOS and android and we will be unveiling tons of new features. Early adopters will get first access to the benefits