DC Life Magazine sat down with the charming Ali Zamani to chat about his award-winning drama film ‘Opus of an Angel’, set for its digital release July 28. The uber-talented writer-director, who is best known for his extraordinary music videos for some of the music industry’s biggest names, took time out for some loose talk.

Can you share with us an insight into early beginnings? Where did you spend most of your childhood?

Most of my childhood was spent in Sweden in the city of Gothenburg.

Can you tell us what inspired your directing journey? And did you receive any formal training?

My love for film, movies, and filmmaking stemmed from the early years of me being around 6/7 years old. At the age of 12, I directed my first short film, which was a martial arts film with me directing and starring in it as well as my cousins and brother being the other actors and my mom the cinematographer.

As I grew into my teens, I actively took theatre and drama classes in school and ultimately ended up going to college to major in video production followed by attending CSUN College in California to study for my Masters in Screen Writing.

Over the years, you have directed music videos for some of the world’s biggest names in the music business, which have often broken them into the public eye. Can you share with us some of those highlights?

I’ve been extremely blessed and lucky to collaborate with a lot of pop and hip-hop artists and being able to work with artists that I grew up with such as P-Diddy, Enrique Iglesias, Snoop Dogg, etc. has been a dream come true!

Your directorial film debut is with the multi-award-winning feature ‘Opus of an Angel’ being released July 28. Can you explain how you came up with the storyline?

I was always inspired by the thought of how someone would deal with the notion of losing everything that was so dear to them, what triggered them, when they were at the lowest moment of their life, to turn to suicide, and what stories they had to tell. One day while I was out for coffee, I saw a special ed class on a field trip. One child was visually impaired and had an infectious smile and life seemed to be so beautiful to her. It got me thinking of how these two extreme outlooks on life, if touched, would they be able to influence each other and to what extent.

In the movie, you cast a real blind teenager. Can you tell us about that particular casting process?

For the role of Maria, I felt it was important to cast a person that was visually impaired to try to not only give the film a sense of authenticity but also be able to get an insight into the ‘perception’ and world of people with such a disability. Junior Blind of America, an organization based out in LA, was invaluable to our casting efforts for the role of Maria. When we reached out to them for recommendations of potential students that could play the part of Maria, Kaylynn’s name was the first on the list.

We actually auditioned more people for the role than I can count, but when I met Kaylynn in person it felt like I was actually meeting Maria. She read for the scene and I got goosebumps. It was abundantly clear to everyone in the room that the role was meant for her.

Can you give us a brief synopsis of the film and those characters within it?

Opus of an Angel, follows Stephen, a successful cardiologist until a tragic event cost him everything, he held dear. Exactly one year later Stephen has created a sentimental tour of the City of Angels, as a tribute to those he lost. His final stop on the tour will be back at his home, where he plans to take his own life. During his journey, he has a chance encounter with a blind girl, Maria, who has gotten lost in the city. Along the way she effortlessly begins opening his eyes to the boundless beauty of the world and that his life still has value. Her positive perspective forces Stephen to confront his inner demons and the decision to end his life. 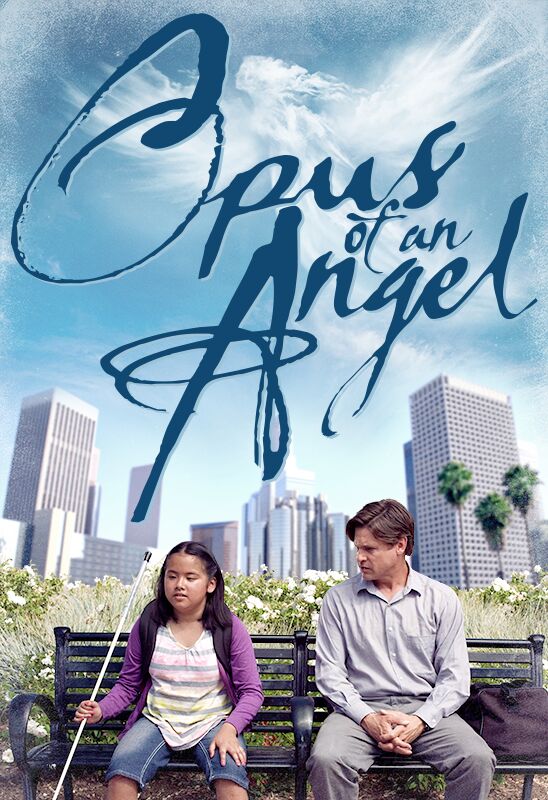 The movie has achieved unprecedented film festival recognition. Congratulations. Can you explain how it feels to have your first film receive such accolades?

I cannot begin to express how amazing it feels to be able to not just have an audience of film enthusiasts and critics see this project, but for them to react to it in such a positive way! So extremely humbled to know that the story touches people how it touched me.

We recently learned that you have been directing a new project this year. Can you spill the beans, and tell us a bit about the film?

We’re working on a family-friendly project currently due to release middle of next year. More to come soon….

As a director, for film or music videos, is there anyone you would like to work with – who is on your bucket list?

That would be way too many to list on here – I’ve got dozens and dozens of actors and artists whose work and talent I’ve admired for years and would love to have the opportunity to work with.

Final talk: ‘Opus of an Angel’ was produced by Zeus Zamani and Levon Davis and is being released via Random Media on-demand and across all digital platforms on July 28, 2020.

To find out more about Ali Zamani follow him @AZFilmz