Kicking off its National tour at the Arena Stage is “Jitney”, a 2017 Tony award recipient for Best Revival of a Play.

From Arena Stage–“The dramatic story of a Pittsburgh jitney station, a symbol of stability, struggles against an oppressive lack of opportunity and unnerving neighborhood gentrification that threatens the way they live and work. The drivers resist powerful forces while coming to grips with their pasts to fulfill their own hopes and dreams for the future. Arena Stage’s presentation kicks off the National Tour of one of this great master’s masterpieces.”

Monika Pearson spoke with actor Amari Cheatom, who is best known for his role in “Django Unchained”, to inquire about his role in this richly textured play, his thoughts on working with screenplays versus scripts, and what we need to know about this play in particular. 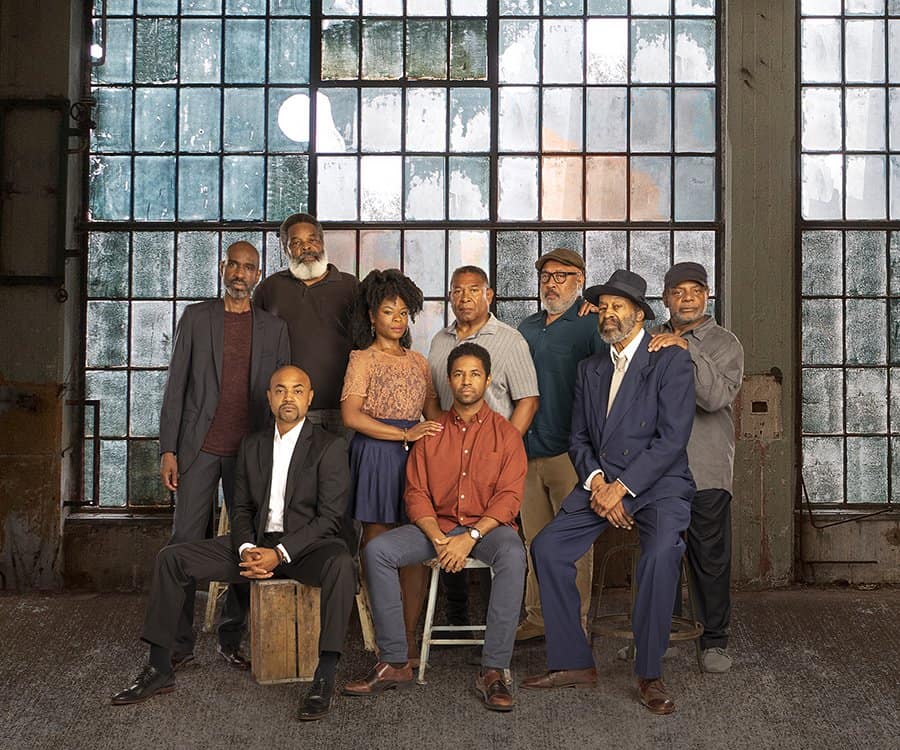 DCL: How are you doing, Mr. Cheatom?

Amari: Doing alright, ready to get to work!

DCL: What stands out about this production, “Jitney”, and the story by August Wilson?

Amari: A couple of things stand out. “Jitney” was the last of the century cycle that was produced on Broadway that was on the national tour.  I wanted to play in this since I was in high school. It really hits home because I have a 15-month old son and there’s a parallel between Youngblood and myself being a relatively new father. I also relate to Becker’s character and the relationship with his son, their relationship and the fears of being a black father really hits home for me.

DCL: How long did you spend preparing for the role?

Amari: I’ve been working on it for the last month now. I’ve been reading it over and over again, letting it swirl around in my head. I’ve been watching interviews with Vietnam veterans and making correlations with youngblood’s hustle.  Youngblood avoids many pitfalls of what a lot of those guys fell into. There are a lot of different vices that show up very lightly over the course of the play and Youngblood’s character dodges many of those things. Using that as information on his mental and spiritual journey and how he sees things and being responsible with his family (girlfriend and son).

DCL: What do you hope “Jitney” communicates to the viewers/attendees?

Amari: This might be my favorite August Wilson play.  Reading “Jitney” really made me fall in love with his work along with the rhythm and musicality of his words. I hope our audiences get swept up in the ride, the music and with us feeling like they’ve gone on a fantastic trip with a lot of ups and downs. The play has a lot of heart and it’s my job as an actor and our job as an ensemble to play every note and not to hit every note on the head, but play the subtle notes as well as the loud and banging ones. I hope everyone comes along on the ride with us from start to end.

DCL: Is screen work or theatre work more challenging for you?

Amari: As an actor, just the acting in and of itself I love. There are challenges on both sides. They are equal to me in terms of the acting work itself.  Everything that comes along with the acting work on camera has been the challenge. The struggles I’ve dealt with have come with the auditioning process. I’ve matured to the point where I tell myself to face it head-on and deal with it because I am not going to stop acting because of it.  I used to hear as a younger actor, “the theatre saved my life”, but over the last 5 years, I discovered what that meant. Theatre has grounded me and has provided steady work where film and TV haven’t. It’s a powerful medium because of the live interaction between the actors and the audience. It’s a very honorable craft.

DCL: You were in “Django”, a film starring Jamie Foxx, that did very well at the box office. How was that experience?

Left DC: Solé Miami- A Boutique Hotel On The Ocean

Amari: Even to this day I’m conflicted about that experience. On one hand, I’m playing a slave but on the other hand, I’m working up close and personal with Jamie Foxx, Kristoff, and Quentin Tarantino – all these phenomenal artists.  I was only there for about 2 weeks, but there were so many gems I took from the experience. Whenever it comes up, it’s one of the highlights of my resume, but because of being a black man in America, there are some parts I had to grapple with.

We were wearing chains and I never want to be a part of something that people feel is disrespecting the legacy.  I personally don’t feel there was any disrespect, but I know there are mixed feelings out there in the community about what it is to play a slave period.  Two things that are stigmas as a black man in Hollywood are usually about wearing a dress and playing a slave.

I’m aware of the pitfalls in Hollywood and what it could communicate when we choose to take those roles.  I am proud of that experience but I did play a slave. I’ll always watch and say, “man.” It’s part of paying my dues as a black actor in Hollywood.  It will always be a conversation honestly speaking.

DCL: What was your favorite role, between on-screen and/or theater?

Amari: The job I’m most proud of was Roman Israel Esquire.  It was an arthouse film for Denzel. I don’t know if you remember Denzel from the ’80s where he had a gap in his teeth and in this film, he had the same type of gap.  In terms of my filming career, going toe to toe with Denzel and doing a scene with him was a very monumental moment for me as an actor. We shot one scene for about 4-5 hours the day I shot with him.  There wasn’t a lot of philosophy talk, but watching him work was amazing. The thing that really stood out for me was when the camera was on me and as I was shooting my part, Denzel was still acting as if the camera was on him.  A lot of times stars use their stand-in and we would have to act with the stand-in. It was one of the most generous experiences I’ve had working on a film set. He gave me a gift and probably doesn’t even realize how much it meant to me. It was an honor. You don’t expect an actor of his caliber to do something like that.

DCL:  Well, we certainly can’t wait to see this performance.  Is there anything else you want the viewers and readers to know?

Amari: One of the big misconceptions about theatre is only coming to “watch” the play.  You come to hear the play too.  I believe that August Wilson’s work is where you should come to listen and ride the waves throughout the story. It will be a powerful experience.

“Jitney” runs September 13th through October 20, 2019, in the Kreeger Theater at the Arena Stage in Washington, DC.