Put on by the Smithsonian Center for Folklife and Cultural Heritage and celebrating its 50th anniversary, the Smithsonian Folklife Festival is back this year and better than ever. Come one; come all to enjoy this lavish and exciting festival filled with miraculous circus art and folklore for all ages. The festival stretches the entire length of the National Mall, from the Capital to the Washington Monument and houses numerous food vendors, circus displays, and musical performances. Despite this weekend’s scorching weather, the festival was filled with over one million patrons and counting as it continues into this upcoming week. This festival really has it all and can be enjoyed by everyone.

With this being a special anniversary of the festival, it was no surprise that the main theme was magical and imaginative circus art. The stretch of the Mall was filled with acrobats, flying trapezes, juggling, and even some clowns. You could witness all the historical circus performances that have been incorporated into American culture since the early 1700s. Getting to watch a trapeze act, juggling, and hearing circus stories, I couldn’t help but to see how intrigued the audience was. The circus always has a mystifying effect on its audience and I was able to witness families experiencing both modern and historical circus arts. Though there were numerous different circus acts to observe scattered around the Mall, the one that caught the most attention from everyone was the Big Top. So tall and so grand, the Big Top could be seen from all edges of the festival. Not only is the Big Top tent part of past American culture, it still brings forward an excitement and anticipation from audiences to see what is underneath. Under this tent was where special performances took place; where costumes were extravagant and performances were unbelievable. Having such a large Bit Top tent placed in the festival really gave an authentic and enchanting touch to the overall theme. 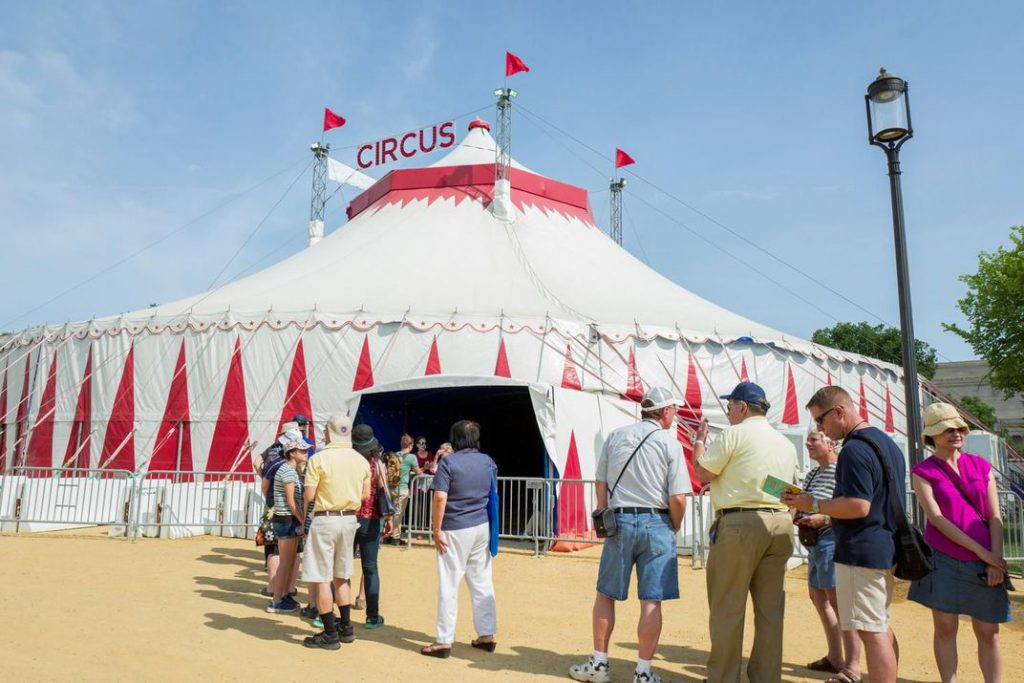 The two-week long festival doesn’t flicker out or run low on extravagant viewings. With a schedule located on the Smithsonian Folklife Festival website, you can see that there is always something new to view and something different to take part in. Not only that, but there are special events held during the evening time ranging from concerts, music and dances, to special circus performances. As I readied myself to exit this entrancing festival, I took one last look around. I noticed clowns waving back to the children in the grass, “oohs” and “aahs” from crowds at a trapeze act, and a long line outside the Big Top tent where families prepared themselves for the magical escape they were about to experience. It is no surprise that this festival has been a thriving success each year and I can now only sit and wait for the festival next year and dream about what folklore I will learn next about my culture.