Red carpet season is the most sophisticated award show time of the year. Dresses, tuxedos, and all other types of outfits are flashed across television and phone screen for the world to see. This extremely televised time of year holds a high platform for clothing designers to display their works of art. Most of those that walk this carpet are predominantly White and being of a defined gender. This season, the red carpet events took a different turn on their invitees resulting in the sight of more diversity and inclusion not only for the people modeling the clothes, but also the designers. 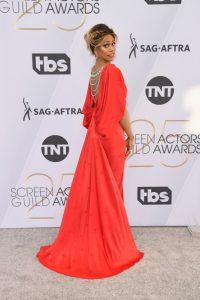 From her big debut on “Orange is the New Black”, Laverne Cox has made a name for herself in the film industry of Hollywood beyond her phenomenal acting skills. As a transgender woman herself, Cox used her platform to give a voice to the voiceless of the transgender community shedding light on their struggles. Being on the red carpet as not just another attendee, but working with prominent designers this year, such as Zac Posen, has allowed her platform to expand and receive more recognition. Cox’s inclusion within the red carpet as a prominent figure allows her to become more known along with her work for the transgender community. 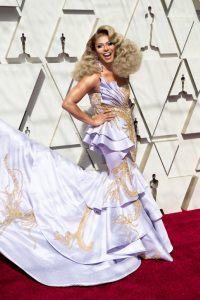 The two “RuPaul’s Drag Race” stars made their rounds on the red carpet this season connecting and having fun with their fellow peers in the limelight. Shangela walked the red carpet at the Oscars recently with Jenifer Lewis accompanying her by holding her train as she graced the cameras. William was given the opportunity to work with E! News by providing his own commentary of the Oscars ceremony through social media. The presence of the two queens at the ceremony this red carpet season brought opened their personal brand platforms to not only just bring change to their careers, but also the queer community as a whole. It allows them to have a seat at the table for which they had not had one before and be a figurehead for people of the queer community to see as someone they can turn to in order to help get their community’s issues out to the world for changes to be made. 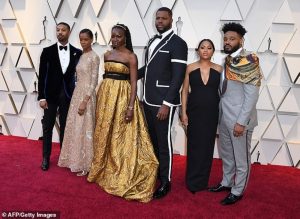 The predominant minority casts allowed brought a new air to this red carpet season for people everywhere. The fashion designers that collaborated with actors and actresses for their outfits at the events brought attention to the stars beyond their films. It gave the public the view of the casts having style and taste in clothes, which is a very valued characteristic in today’s time. This attention gave the cast members popularity along with a higher platform to complete more personal tasks for building their own brand as individuals and creating positive changes for the racial communities they represent.

The range of different public figures that walked the red carpet this season has been astonishing and beautiful. This is just the beginning of many to come, though. The outreach this season has created through diversity was very much a success and will, hopefully, continue to be seen in future seasons to come.