Charming is an accurate way to describe the Colony Grill, which originated in Stamford, Connecticut in 1935. Colony Grill decided to expand its footprint from the Southern Connecticut region to Arlington, Virginia when they opened on October 14th, 2020.

Their particular style of pizza separates them from neighborhood competitors with the delicious “hot oil” pizza, a very popular item on the menu. Its famed thin-crust bar pie is sizzling with hot oil and topped with peppers, known as “stingers”. 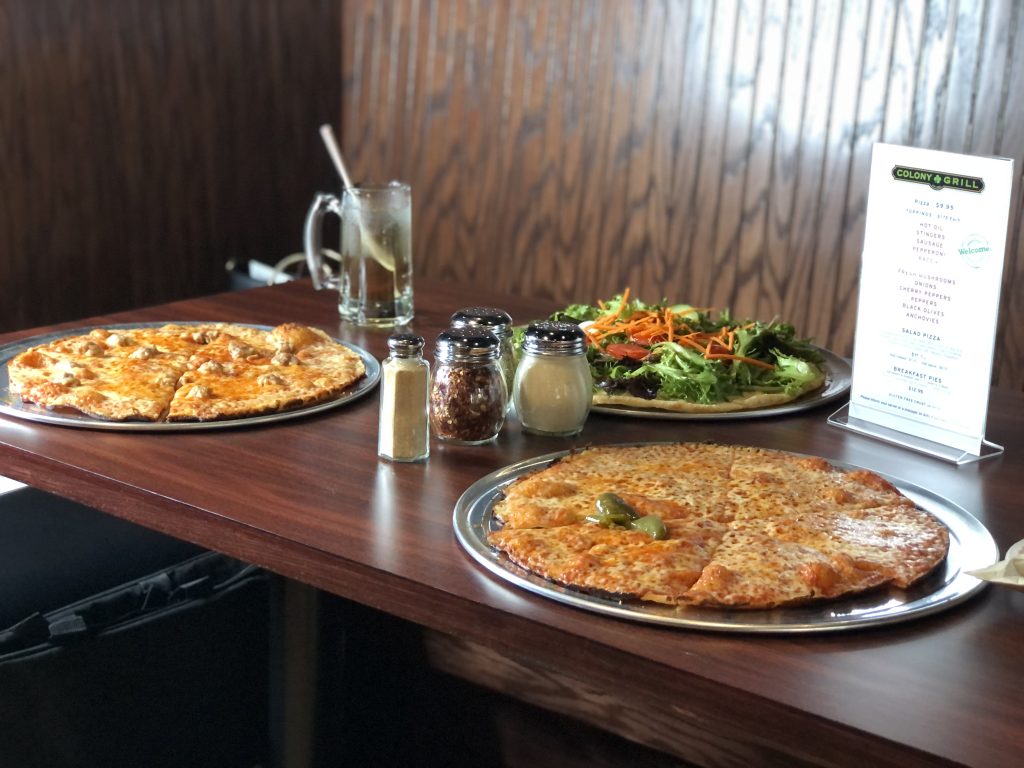 Italian and Eastern European chefs devised the “bar pie” to be smaller and thinner than a traditional pizza, meant to fit on the bar top. Today, the chain only serves this pizza type.

An homage of childhood friendship appears for Ken Martin and fellow co-owners, Paul Coniglio, Chris Drury, and Cody Lee. Their 1989 Little League Championship photo is hanging at the new location, along with a wealth of stories to accompany it.

The owners decided at the 20th anniversary of the original Colony Grill that they would begin the expansion process for the restaurant.

A patron will likely enjoy the shrine-like decor in celebration of dedicated servicemen and women and community members displayed throughout the establishment.

Ken Martin commended his staff for coming down from his Connecticut locations to assist with the opening of this Colony Grill as well.

Media sources in Arlington report that steps have been taken in response to the coronavirus. The company has spent nearly $100,000 at each location to install glass partitions as well as launch a streamlined check platform for employees, according to the co-owners. The restaurant has also invested in an online app for contact-less ordering and payment.

The average cost of pizza at Colony Grill is around $13. Colony Grill is located at 2800 Clarendon Blvd. Menu and additional information can be found at https://www.colonygrill.com/