Gigi Smith is the chief editor of DC Life Magazine,…

December is most memorable for its winter forecasting, holiday events, and the surplus of fun with family and friends. This year, as we wrap up 2015, consider this list of DC area events and occasions to lift your spirits and bring about the holiday spirit.

This year starts the month off with a bang with Giving Tuesday. As President Obama said in his presidential address last week, “in the holiday season, what you give is as important as what you get.” Giving Tuesday is an unofficial holiday, and its goal is to promote giving to those in need. Consider these tips if you wish to take part.

The annual National Christmas Tree Lighting ceremony and the Pageant of Peace begins at 5pm on the Ellipse of the White House. Nightly entertainment will continue for three weeks until December 22nd and will present holiday music from musical groups across the nation. Preview this year’s schedule here. The lottery for free tickets have ended, but you can still view the program online.

The Smithsonian Holiday Festival will run from 10am to 5pm on December 5th and 6th and will feature free musical performances, book signings, trunk shows, special foods, and gift wrapping at several museums on the National Mall. A free Circulator bus will loop around the National Mall every ten minutes to help visitors move between museums. Participating museums include the African Art Museum, Air and Space Museum, American History Museum, American Indian Museum, The Freer and Sackler Galleries, and the National History Museum. 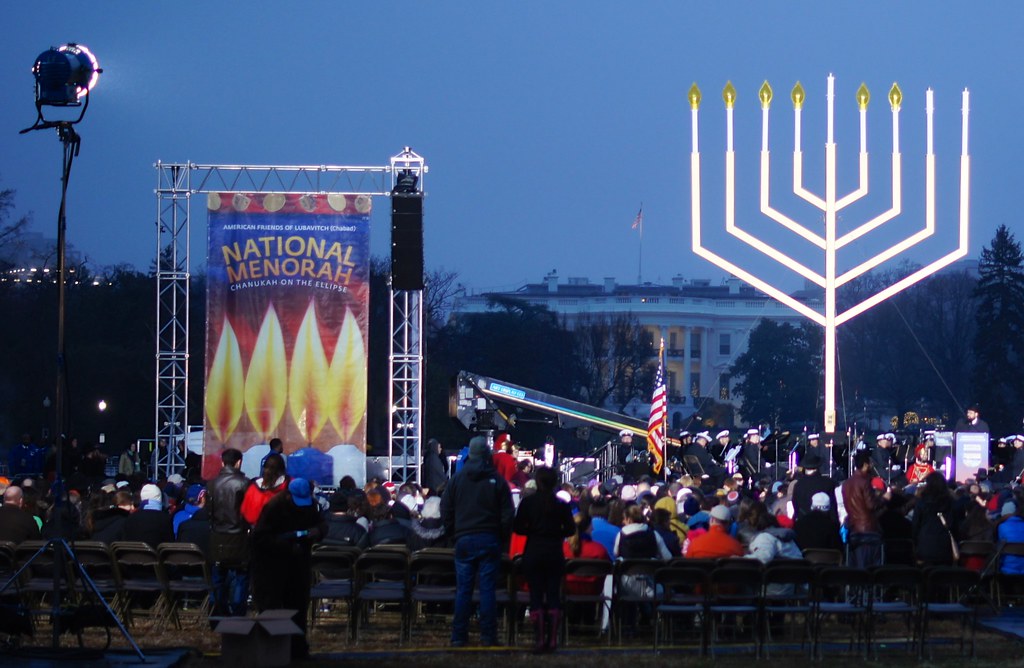 A National Hanukah Menorah will be lit on the Ellipse at the White House Grounds each night during the eight-day Jewish holiday. Activities at the lighting ceremony include musical performances and distribution of donuts and hot latkes-shallow fried potato pancakes. The event is open to the public and will take place rain or shine.

Celebrating its eleventh year as a prominent outdoor shopping environment in the region, the annual Downtown DC Holiday Market is open daily between noon and 8pm. The market features more than 150 regional artisans, crafters and boutique businesses of ethnically produced goods. The “village” is on F Street, NW between Seventh and Ninth Streets in front of the National Portrait Museum. More information about the market is here.

The Washington, DC Mormon Temple will showcase a “Festival of Lights” of more than 450 thousand bright Christmas lights at the church. Different local musical groups will perform a live concert each night of December in the church’s state-of-the-art theater.

“Season’s Greetings” at the US Botanic Gardens, an annual holiday presentation of a tropical paradise featuring a model train display  in the East Gallery and botanical replicas of Washington’s most famous landmarks on display in the Garden Court.

As we move further into December, we will update more events in Part Two, Part Three, and Part Four and link them back here for you.

Gigi Smith is the chief editor of DC Life Magazine, a publication specializing in cultural diversity for social change in the nation's capital.